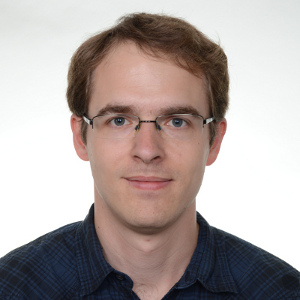 Visiting Assistant Professor at University of Florida; Ph.D. in Geophysics (2015).

I am a computational geodynamicist and work on understanding our solid Earth and other planets by developing computer models that describe their deformation history through time. Specifically, I focus on the accuracy and reliability of the mathematical methods and software implementations that scientists use to create these models, and on implementing better models for the physical processes that occur in rocks on Earth. I have published several articles on the interaction between mantle plumes and mid-ocean ridges, the influence of an evolving mineral grain size on the deformation in Earth’s mantle, the efficiency and accuracy of particle methods in unstructured adaptively refined computational models, equations that better capture physical behavior, and best practices for developing scientific software.

I am one of the principal developers and maintainers of the free modeling software ASPECT (Advanced Solver for Problems in Earth’s Convection). ASPECT uses modern numerical methods to support research in simulating convection in the Earth’s mantle and elsewhere. Apart from that I contribute to a number of different software projects and act as a reviewer for scientific software for the Journal of Open Source Software. I was selected as one of the 2019 Better Scientific Software fellows by the IDEAS team of the Department of Energy’s Exascale Computing Project.